7:00 AM up bright and early, essential Tim Hortons coffee stop and then we were ready for the approximate 4 hour road trip down to the small town of Dryden, Ontario, Canada.

24 hours later my travelling partner (a.k.a my wonderful mother) and I were heading home with great vibes, stories to tell, new connections, people we had met and a collection of significant photographs to reminisce over our wonderful 24 hour getaway.

My mother and I were invited to Dryden to participate in their annual honouring youth powwow at their local high school. It was very lovely to see so many youth, young women and the whole school up and dancing during intertribal’s along with their teachers.

tly after the regular powwow protocols of the grand entry, flag song, veteran song, prayer, intertribal and honour songs it was time for my mother and I to showcase our dances. The MC handed me the mic and I proceeded to introduce myself and share my teachings of the Indigenous traditional hoop dance. I then began to dance to the sound of the drum, making sure to use up as much space as I could, to practice some new formations and moves I had been eager to try in front of an audience and to try my best to keep the room engaged with my performance. When I was finished I was greeted with a large applause.

Then it was my

mother’s turn. They proceeded to drum a song for her as the young women were asked to watch because they would be trying after. My mother looked beautiful as she kept in time with the beat, her golden jingles creating that comforting familiar sound and her feathered fan raised high in the air at every check beat. After, as promised, the young women came up to dance alongside of her. They all had such enthusiasm in their eyes and watched my mother closely again as they tried to mimic her fancy contemporary jingle dress style foot work.

The powwow had been held annually for over 20 years and the man who had started it all was still teaching and hosting the powwow at the school. His name was Leonard Skye. He was a gentle, loving and incredibly respected man in the community and was honoured while we there for his years of dedication to the school, the youth and his community.

He will be retiring this year so they held a special honour song for him, as students came up giving him hugs and words of thanks. They then proceeded to honour him with awards such as the prestigious one shown in the photograph which was to be hung in the city hall. He is originally from Eagle Lake, 15 minutes west of Dryden and was a residential school survivor. He spoke with so much passion and pride and you could feel the love and respect everyone had for him.

The next day after the powwow, we decided to take a detour before heading home to check out the round dance that Eagle Lake was hosting to honour the missing and murdered Indigenous women. It was a gorgeous warm day with a slight breeze and when we arrived they had hung symbolic red dresses throughout the community to signify those they had lost and to honour them as they are still loved, valued and remembered. After a beautiful round dance of women, men, youth, elders and the whole Eagle Lake community, everyone was given a pouch of tobacco to offer to one of the sacred fires that were set up in each sacred direction. Everyone then proceeded to walk down the road to choose a specific sacred fire to offer their tobacco.

I was so glad that we were able to come and witness such a resilient and strong community and to partake in the round dance and offering of tobacco. After that we had to hit the highway to make it back to city but we made sure to make some time to pull over and create an inukshuk along the way since the highway between Winnipeg and Dryden are full of them and we had always wished to do  that one day and then we had the chance!

Overall it was a very nice 24 hour trip and I was incredibly appreciative and thankful for our invite to their community to dance. I hope to continue to travel to a variety of communities to showcase my dancing and share the teachings I was given.

Thank you for reading if you’ve made it this far. Please feel free to like, share or comment below. If there is anything I discussed in this post that you would like an extended explanation/post on let me know and I can definitely do that! Also feel free to leave any other suggestions of future posts you may like to see. Please stay tuned and subscribe to this blog to keep updated with my adventures. I hope to start posting one every week or to get on some sort of blogging schedule. 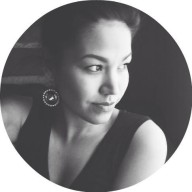 About the Author Shan

This site uses Akismet to reduce spam. Learn how your comment data is processed.